After graduating from Post University this past spring, Smith signed with EHC Basel in the MSL – a Swiss professional league.

He joined the team for its final six pre-season games and has suited up for six of the team’s eight regular season games so far. After dropping its first three games, Basel has posted a record of 3-1-1 in its past five.

Smith hit the game sheet for the first time Tuesday as the Basel picked up a 5-1 win at EC Chur to snap its latest two-game losing skid. 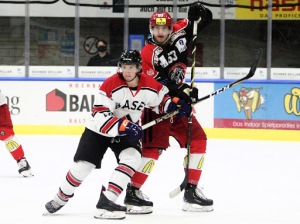 Smith is one of five former Ducks players currently playing professional hockey on teams in Switzerland, Sweden and Finland.