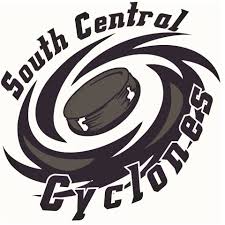 A squad to wins in two of three weekend road contests this past weekend.

On Saturday the Cyclones headed to Waunakee for a pair against the Wildcats, taking the first by a lopsided 9-1 margin before the home team turned the tables with a 4-1 win in the getaway game.

On Sunday, the locals headed to Middleton and grabbed a 5-2 win over the host Wings.

In the first game Saturday, the Cyclones grabbed a 3-1 first period lead and added one more in the middle frame before exploding for five more down the stretch.

Two of Krieski’s three goals came on Cyclone powerplays and Joseph Patton also notched one with an extra attacker. Landen Uminski scored twice and also set up three others, Ethan Wilcox adding a goal and assist in the contest. Other goals came from Teaghen Geffert and Dayne Wagner with single assists for Ethan Pope, Hailey Dietl and Evelyn Gurney.

Olivia Renneberg turned aside all but one of the nine shots she faced in goal for the Cyclones.

A couple hours later teams hit the ice again, this time Dietl scoring the lone goal for the Cyclones, tying the game at 1-1 with 14 seconds to play in the opening period. Renneberg handled 18 shots in this one.

At Middleton, the Cyclones owned a 1-0 cushion after a period and it was 4-1 heading to the third.

Krieski scored three and the other two both came from Uminski. Lukas Schulz, and Wilcox both collected assists and Renneberg collected another win with 11 saves in goal.

This weekend the Squirt Cyclones will play at a tournament in Hayward, beginning on Saturday morning against Waconia, Minn.