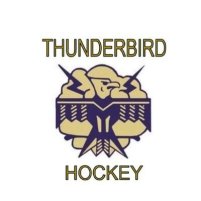 Beale scored twice in each game as the T-Birds rolled over Verona Wildcats by a 6-2 count on Saturday (Jan. 9) then handled West Salem Panthers 7-2 on Sunday.

In the opening contest it was the Wildcats on the board first, but Thomas Sarnow fired a pair of first period goals for the T-Birds to put them up 2-1 before the end of the opening period. Beale set up the first goal and Wade Zemanovic picked up an assist on the other one.

Three unanswered middle period goals settled this one, Bobby Meeker scoring the first 3:58 into the period and others added by Bodie Thompson and Beale in the final 5:02. Sarnow and Nathan Gneiser collected assists.

Beale wrapped up the Baraboo scoring from Meeker early in the third and after opening the scoring, the Wildcats wrapped it up with the game’s final goal with 6:21 to play. 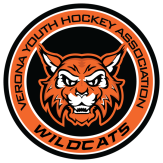 Josiah Fanning started in goal for the T-Birds and allowed just one goal before Brayden Goyett-Fuller came in to wrap up in the third period.

Against the Panthers on Sunday, Sarnow fired an early goal again, from Beale, but the visitors responded just 37 seconds later. Thompson notched another with 95 seconds to go in the period giving the home side a 2-1 lead after a period once again.

Beale fired the game winner, from Sarnow 13 seconds into the second and added another a little more than four minutes later with help from Meeker.

Fanning played the first period in goal for the T-Birds with Goyett-Fuller taking over in the third.

The wins snapped a two-game skid for the T-Birds and boosted the team’s overall record to 8-7. This weekend, Waunakee ‘B’ Wildcats will be at Pierce Park Pavilion for a game at 2:30 p.m. Saturday and the locals will hit the road to Harris Park Ice Arena to meet the Dodgeville Ice Wolves on Sunday at 3:30 p.m.