Down 2-0 after a period, Caden Brandt took matters into his own hands, firing a natural hattrick with three straight second period goals to lift the host RWD Cheavers to a 5-2 win against the Waupaca Comets in its 2020-21 season opener at Reedsburg Area Community Arena (RACA) Tuesday night.

The win for RWD which includes students from Reedsburg Arena High School, Wisconsin Dells High School and Mauston High School, kicks off a busy opening week on a winning note and pushes Head Coach Neil Mattson to within two wins of the 300-victory plateau.

The Comets from the eight-team Great Northern Conference were playing the Cheavers for the first time. They finished 8-15-1 in the regular season last year and like the Cheavers made a second-round exit from the WIAA post season.

The Comets couldn’t have looked more prepared for the new season, opening the scoring before the end of the opening minute, and scoring another near the halfway mark of the period.

The Cheavers were outshot 7-3 through the opening session but took over from the start of the middle period. 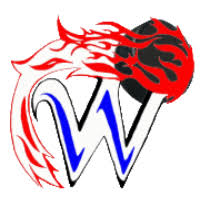 Brandt scored his first 7:54 into the frame then added two more 26-seconds apart a little later. Danny Ely, who fired both third period goals for RWD also played a part in two of the second period goals. Other assists went to Connor Schyvinck, Trevor Slaght and Grant Marsich in the second with Brandt and Schyvinck earning set ups in the third.

Cooper Oakes collected the first win of his junior season, turning aside 23 of 25 shots including everything he faced through the final 31 minutes of the contest. After collecting just three first period shots, the Cheavers went on to a 28-25 edge in the contest.

RWD will remain on home ice to face the Wisconsin Rapids Red Raiders – a perennial early season opponent from the Wisconsin Valley Conference.  The team wraps up a three-game opening week with its first road test against Fond du Lac Springs from the Badgerland Conference Saturday at 2 p.m. at Blue Line Family Ice Center in Fond du Lac.

Please Note – All schedule times are courtesy wisconsinprephockey.net and subject to change.