Having hit the win column the previous day for the first time, Ducks continued to play like winners in a 5-1 decision against Motor City Hockey Club in its second game at the USPHL Chicago Showcase on Friday (Dec. 18).Preview post

Alex Smedley (‘02/Woodbury, N.J.) returned to the blue paint for the Ducks and backstopped the win, but for the first time this season, Ducks outshot its opponent, wrapping up with a 31-23 margin on the shot counter.

A three-goal opening period sent the Ducks on its way in a game of two teams, both with one win. 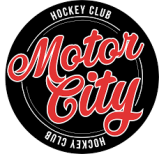 The other two Ducks goals both came in the middle period, a second for Tkaczuk and the other scored by Bryce Jacobsen (‘02/DeForest, Wis.) with help from Rogers, Liam Donovan (‘03/Commack, N.Y.) and Trent Bachman (‘00/DeForest, Wis.).

The win boosted the team’s Chicago record to 0-2 while the Motor City squad was playing its first game of the weekend. Overall, the Ducks sit at 2-26-0-0. The road gets a little tougher tomorrow (Saturday, Dec. 19) as the Ducks play the Pittsburgh Vengeance.