The Wisconsin Intercollegiate Athletic Conference announced in a press release earlier this week that its Council of Chancellors voted to resume its NCAA Division 3 Winter Athletics schedule on February 1, dependent on the securing of ongoing COVID-19 testing.

That is welcome news for athletes with Sauk County connections looking to get their respective college hockey careers underway.

Kaylee Engel, captain of the Badger Lightning varsity girl’s hockey team will begin her first season with the Northland College Lumberjills  while Jordan O’Connor who helped the Sauk Prairie Eagles varsity team reach the Sectional semi-finals last will suit up for the UW-River Falls Falcons.

Two other local athletes will play in the MIAC which as of today has yet to make an announcement on its regular season. 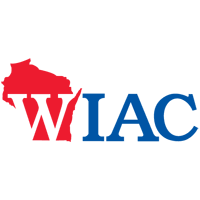 Sebastian Frank began his high school run with RWD as a student at Wisconsin Dells High School, but he was ultimately signed by the Forest Lake Lakers who transformed into the Minnesota Mullets of the United States Premier Hockey League. He wore a ‘C’ on his jersey last season as well and began his next chapter at Gustavus Adolphus as a member of the ‘Gusties’ this past Fall.

Also, former Reedsburg area resident, Julianna Teske who played youth hockey with the Madison Capitols organization, moved with her family to Warroad, Minnesota where she played four years of high school hockey with the Warriors, putting up 26 goals and 71 points. Teske will begin her college hockey career with the Augsburg University Auggies.

The MIAC Conference did  announce a start to the winter season but did issue a press release on December 15 announcing it would reconvene in January to investigate and hopefully, confirm plans for winter sports seasons, including both Men’s and Women’s hockey.